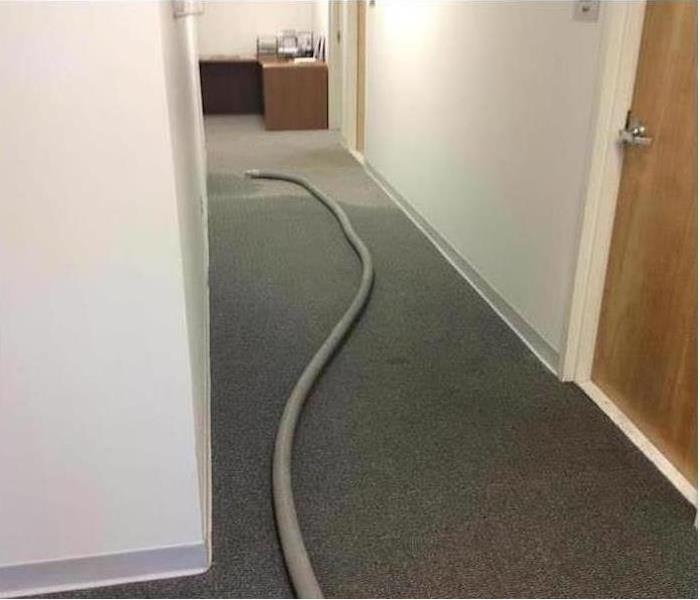 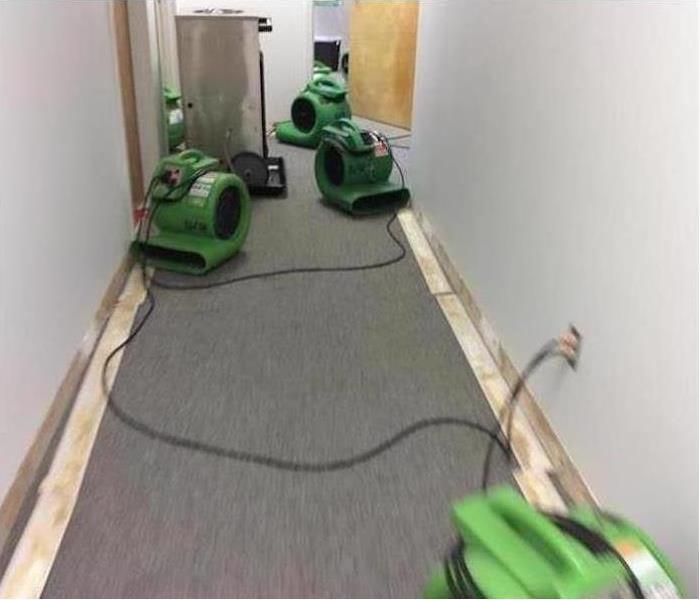 Commercial water damage occurred at this Shrewsbury office building due to a plumbing failure. The water damage to the carpeting can be seen in the before photo. We were called immediately which always makes water damage restoration jobs easier and more effective. The property manager had prior experience with SERVPRO which led to the rapid response. We quickly extracted the water from the carpeting and then turned to the walls which had sustained considerable moisture absorption. The after photo shows that we removed the baseboard to aid the drying of the walls. Commercial air movers and dehumidifiers were used to help in the drying phase.

View More Before & After Photos